I’m missing my modelmaking course and its get-stuck-in-and-experiment approach, so I have started a mini project to create a range of puppets based on the characters in Shakespeare’s The Tempest in a range of different materials.

They’re not going to look or feel consistent, but the aim really is to explore and experiment and end up with a real bunch of weirdos.

And here is the first attempt at the first puppet – Caliban, poor long-suffering slave to the wizard Prospero who rules over the island like a dubiously benevolent colonial master.

Caliban is a nasty, twisted little monster, but tragically the product of unfortunate circumstances (something that perhaps all the characters have in common). For Caliban, monstrous though he is, there was never much choice in how he would turn out.

I sculpted his face in plasticine, aiming for something physically twisted, alarming but also sad, with some hints of fishiness, as this imagery is referred to a few times in the text. 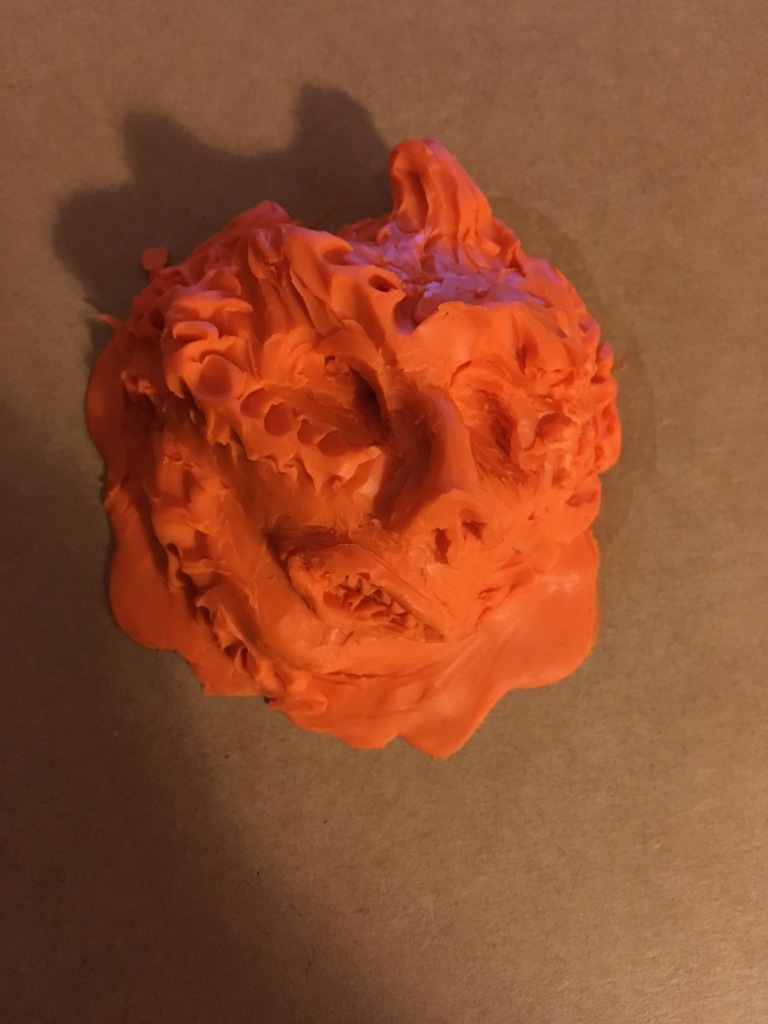 I created a plaster mould and cast him in latex with the idea of having a red LED inside him that would glow through translucent skin.

Here is an image of the latex face, although it’s actually quite hard to make out his details. I’m not entirely sure this will be successful, but I’ll keep going and see what happens.